Program Title: “The Classical Embrace of Other Lands, Other Cultures”

Classical composers of the 18th and 19th centuries took inspiration from the music of foreign lands such as Turkey, Indonesia and even the Americas. Laura Kargul will present a solo program illustrating the influence of other cultures on traditional classical composers:  Haydn’s high-spirited Sonata in D Major, Hob. XVI:37, replete with Ottoman musical gestures; Chopin’s Barcarolle, a vivid evocation of Venice; Debussy’s suite Estampes, inspired by hearing a Javanese gamelan at the World’s Fair in Paris and being captivated by the Spanish danza habanera; and one of Schubert’s most intriguing works, the monumental Sonata in B-Flat Major, D 960, composed while he was immersed in the books of American writer James Fenimore Cooper.

This Show is SOLD OUT 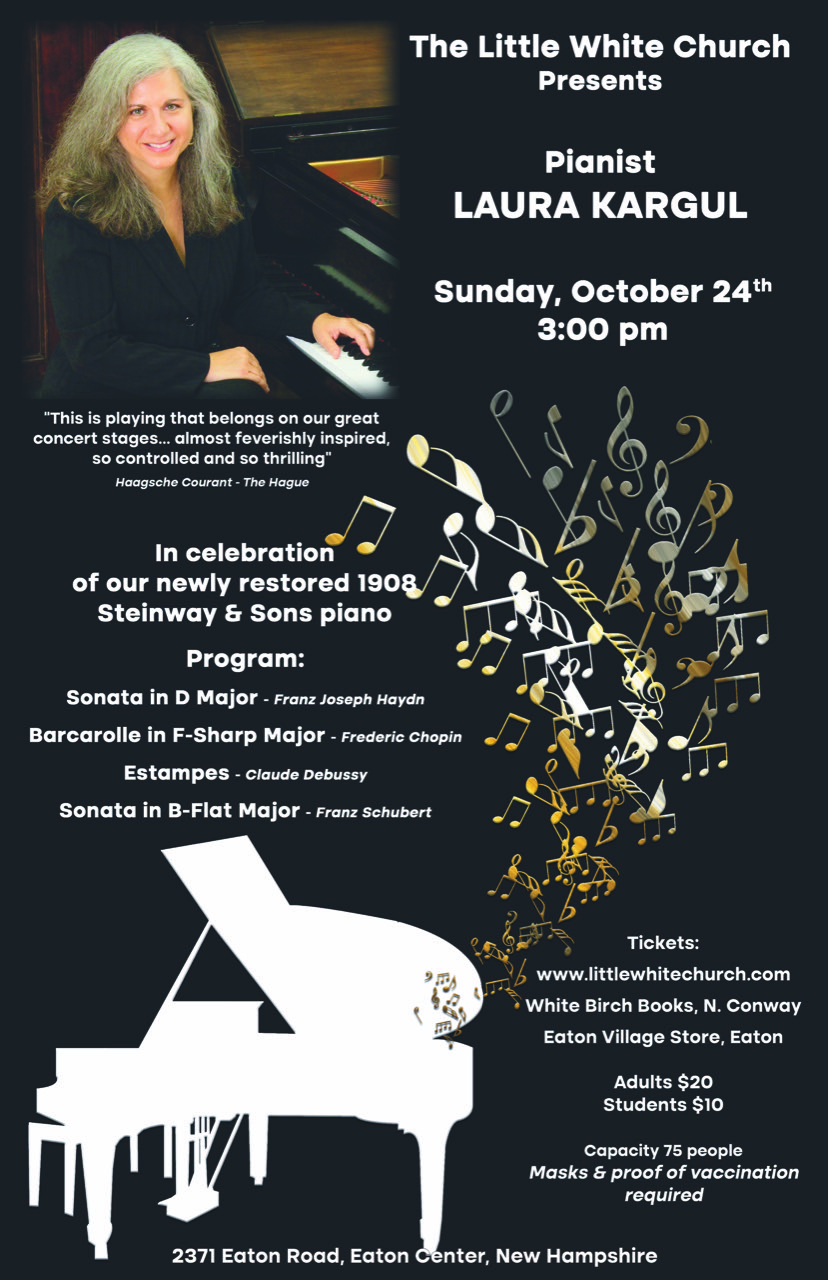